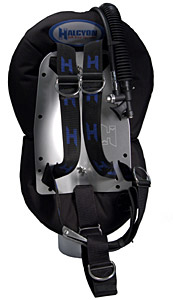 Wings “cradle” our cylinder(s) and, because they are behind the diver, do not clutter or interfere with our movement in the way that a jacket type BC will tend to do.

The wing should be chosen according to the concepts we looked at in the article on the balanced equipment configuration. It should not have too much lift, as this will mean that the wing will flap around and cause drag, and reduce our efficiency in the water. 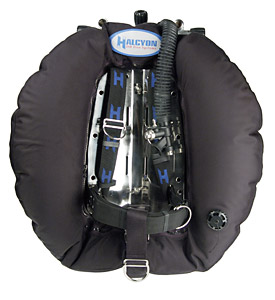